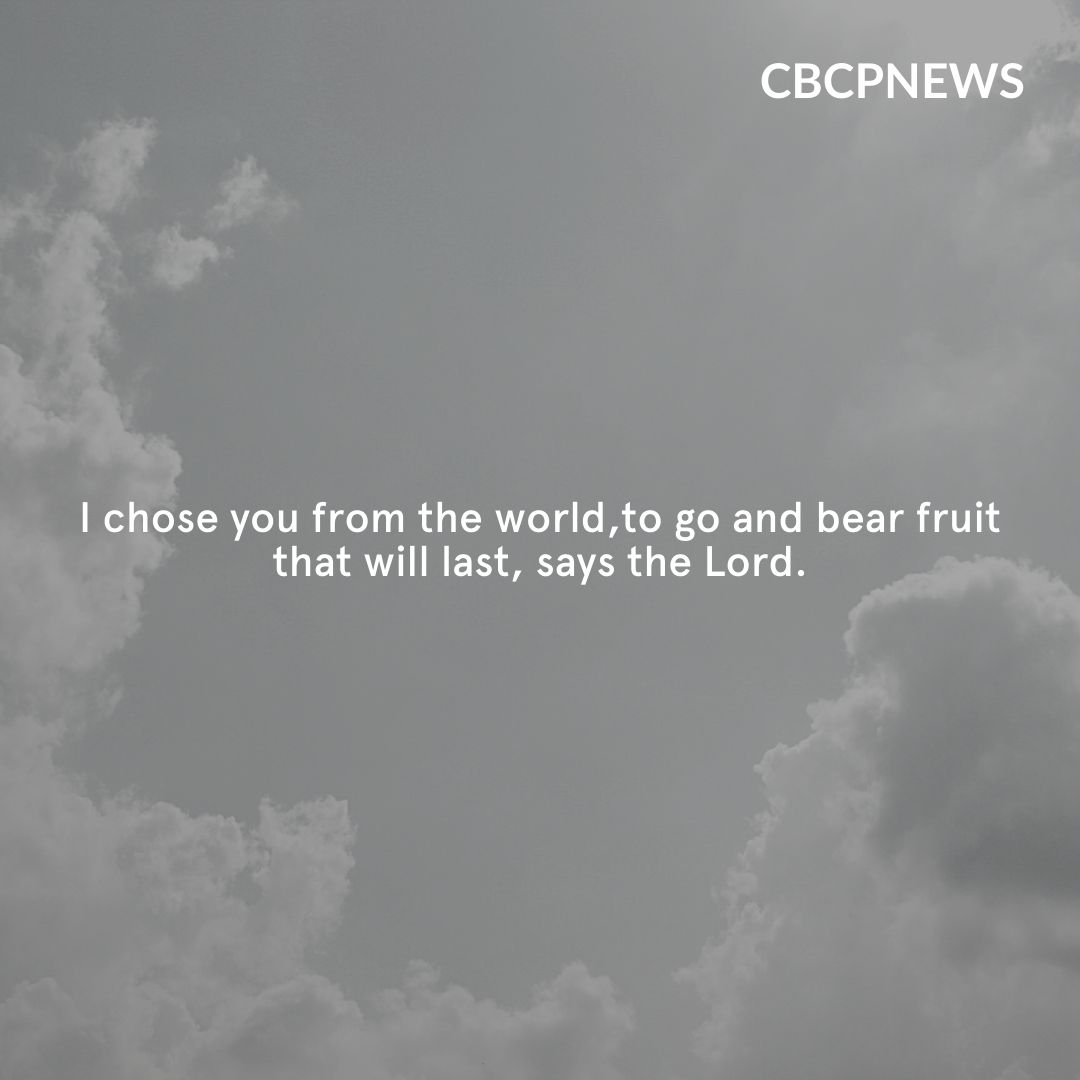 Peter stood up in the midst of the brothers and sisters
(there was a group of about one hundred and twenty persons
in the one place).
He said, “My brothers and sisters,
the Scripture had to be fulfilled
which the Holy Spirit spoke beforehand
through the mouth of David, concerning Judas,
who was the guide for those who arrested Jesus.
Judas was numbered among us
and was allotted a share in this ministry.
For it is written in the Book of Psalms:

Let his encampment become desolate,
and may no one dwell in it.
and:
May another take his office.

Therefore, it is necessary that one of the men
who accompanied us the whole time
the Lord Jesus came and went among us,
beginning from the baptism of John
until the day on which he was taken up from us,
become with us a witness to his resurrection.”
So they proposed two, Joseph called Barsabbas,
who was also known as Justus, and Matthias.
Then they prayed,
“You, Lord, who know the hearts of all,
show which one of these two you have chosen
to take the place in this apostolic ministry
from which Judas turned away to go to his own place.”
Then they gave lots to them, and the lot fell upon Matthias,
and he was counted with the Eleven Apostles.

“I have told you this so that my joy might be in you
and your joy might be complete.
This is my commandment: love one another as I love you.
No one has greater love than this,
to lay down one’s life for one’s friends.
You are my friends if you do what I command you.
I no longer call you slaves,
because a slave does not know what his master is doing.
I have called you friends,
because I have told you everything I have heard from my Father.
It was not you who chose me, but I who chose you
and appointed you to go and bear fruit that will remain,
so that whatever you ask the Father in my name he may give you.
This I command you: love one another.”

Audience with the Pope: Servites 214th General Chapter – Servants of Hope in a Changing World October 27, 2019

2020 Year of Ecumenism and Inter-Religious Dialogue